I am part of an online English teacher community. It is basically a Facebook group where all of us soon to be/current teachers are able to help out one another by answering any questions that many of us may have. The other day one girl asked whether or not anyone else was leaving a significant other behind to go teach in Thailand. As soon as I saw this I smiled because many months ago I was wondering the exact same question. Last November I made a huge and final decision that I was going to pursue my dream of temporarily moving to Thailand and teach English as a second language. It was the best and most effortless decision I could have made. I was at a point in my life where my wanderlust was growing immensely, I had graduated University, I was ready to move on to a different career and I was completely single! However, fast forward to the New Year I had started dating a very special man. I promised myself that since I would be moving I would not under any circumstances date anyone! Uh oh. Guess I failed at that lol. Anyways, It was the scariest thing to think that if I started to date this person I would soon be leaving for almost an entire year. However, although my mind urged me not to go on with the idea my heart screamed at me to do otherwise. So, just like most, I listened to my heart. Our dating quickly led to one of the best decisions I could have ever made. For the very first time I found someone who truly makes me happy and has made me realize how a healthy relationship should be. But I don’t want to carry on and make you all throw up with the mushy, gushy love details, so I won’t go much more into my relationship. However, I do want to touch up on a topic that has been weighing heavy on my heart and is totally related. Independence.

The first thing that many people asked me before I left was “what are you and Mike going to do?” At first, this seemed like a completely rational question. I mean sure, I was getting ready to move to the other side of the world. At the time, it made sense to even ask myself this question. After all, many relationships cannot last when two people live only 10 minutes from each other. Therefore, my long distance relationship couldn’t possibly stand a chance! However, since moving and being away for almost two whole months I’ve had a lot of alone time to process this question and have come to many realizations.

We are too caught up with society’s idea of how a relationship should function. One guy answered the above mentioned girls question by stating “I feel like I am in Ellen’s audience. All will be okay-it’s just a job and if he loves you, he will make the effort to support you. If he doesn’t, then the answer is…” This guy hit the nail on the head! If you’re with someone they should support your decisions and vice versa! Obviously moving far away is a decision that should be seriously discussed among one another. However, I feel that so many people are quick to avoid perusing their dreams because they don’t want to risk putting strain on their relationship, maybe because their significant other is unwilling to let them do it or they are just too needy and cannot do anything without them. But how unfair and selfish does that sound? I feel like this applies to many scenarios, not just moving far away but the smallest of things such as hobbies or interests one might have but is discouraged to do so. I’ve seen this happen in many relationships (even my own) and this paves one of the biggest roads to resentment that I’ve seen yet.

Why? Why are so many of us so terrified to be alone? I feel like my generation lacks independence. I am always confronted with people who are not comfortable with alone time or being single. So many constantly feel they “need” to be with someone and hop from one relationship to the next or stay in their current shitty one because they can’t fathom to be alone. Many may think that I do not have a place to comment on this particular point because I have only ever been in long term-relationships. However, since dating Mike and making my decision to leave home for a while I have been confronted for the first time with having to learn some real independence. Although I am an only child and have always liked my space the thought and act of leaving him absolutely broke my heart. However, my recent adventure has really made me realize the importance and beauty of being alone altogether. Being alone opened up a lot of new opportunities for me. For the first time, in a long time, I accepted a lot of new experiences with open arms because I had no choice but to. I have always been very open about the fact that I struggle with social anxiety. Luckily, my anxiety has never got to the point where I am unable to attend social gatherings altogether, but I have not had the easiest time with it either. I always have mini freak outs in my head about meeting new people, small talk, being socially awkward and just coming off as straight up weird! I over analyze everything in my head to the point of exhaustion and sometimes wish that I was as outgoing as everyone believes me to be. Since being all alone, I kind of feel like Jim Carrey in the movie Yes Man, where he plays a super negative man who is stuck in a rut until he discovers the power of saying “yes” and trying new things. Well I guess that is pretty much what I have been doing. My independence has pushed me to say yes, regardless of my fears of social anxiety. I’ve meet so many wonderful people that I wouldn’t have otherwise because of it and have already had so many life changing experiences.

The most important thing I have realized is that you learn to become your own best friend. There have been many times in my life that I haven’t had self-confidence or have considered myself nothing but dumb. Being alone has pushed me out of my comfort zone and made me realize there is so much I am capable of. You learn to trust and love yourself and it is a pretty good damn feeling. I have always said that if you cannot learn to love yourself how could you possibly love anyone else?

Self-discovery is a beautiful thing and I truly believe that one can only accomplish that alone. Only you can discover who you are and what you want from life. Many amazing people come into our lives to help us grow but if you do not give yourself some alone time you hinder your ability to grow as an independent person. Ultimately everyone deserves to feel confident alone. I feel that my time away will not weaken my relationship but only make it stronger. It gives both of us a chance to grow independently without many of the constraints that most relationships have today. But one thing I know for sure is that I cannot wait for the moment I get to see him again, for me, close to a year is long enough.

15 thoughts on “3 Reasons You should Find Yourself, By Yourself” 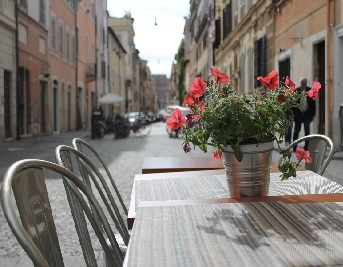 "Once she stopped rushing through life, she was amazed how much more life she had time for."- Unknown